Jesus may have said his yoke is easy, but it is not easy for someone born and raised outside the conservative Mennonite culture to become Mennonite—especially not a woman.

For example, a very sincere and sweet Christian friend of mine was asked about her view of “Once Saved, Always Saved” theology. Her questioner, someone who believes in eternal security, did not like her answer and now counts her as lost. To them salvation depends on our ability to parrot a theological position, a work of the mind, and no nuances are allowed.

And these false dichotomies, based on personal opinion, exist at all levels. If your hermeneutic allows for some flexibility interpreting the creation narrative of Genesis, then Ken Ham (including his partner in self-promoting pseudo-scientific dogmatism, Bill Nye) will insist that you should be an agnostic.

Nothing is further from the truth.

Jesus confronts the religious elites, who had positioned themselves as the final arbiter of truth, and he rudely knocks them off their pedestal. He confronts them for shutting people out who might otherwise enter and says they make those few they do convert “twice the child of hell” as that they are. That is a shocking reproach for those who are diligently religious.

Missionary service is typically unquestioned and perhaps that is because many of us feel guilt for not doing enough ourselves? But missionaries get no free pass from Jesus; on the contrary, he rebukes them even more severely and describes them as being counterproductive. I hope, after considering that, it goes without saying that missionary service can be a false indication of sincere faith and love for God.

There are many reasons why a person might want to be a missionary other than pure love for God and other people. Traveling, in our day and age, is fun and many enjoy the adventure. There are also the duty-bound “do-gooder” religious types, motivated more by fear than love. But there is an even more insidious reason why a person may choose to be a missionary service, and that is the power over others it offers:

1) Power of peer respect: There is no question that being a missionary is considered honorable amongst religious people. It draws positive attention. Those who have served in a visible way are often given special praise and in my church it is almost a prerequisite to being ordained. It can become a basis for ranking members of the church into higher and lower tiers. When used that way, it goes directly against the admonition of Jesus to be a brotherhood of equals earlier in his sermon.

2) Power of material resources: I know missionaries who go out like Jesus sent his disciples (Mark 6:7-13) in the power of the Spirit and with little more the shirts on their backs. Unfortunately, we do not embody that kind of faith anymore. Our missionaries rely on the power of their own calculations and often with enough resources to live comfortably beyond the reach of the people they are trying to evangelize. This can create a situation where people serve the missionaries’ whims for no reason other than attaining access to their resources. Being treated as royalty can also be gratifying to those who hold this power.

3) Power to be a religious gatekeeper: Everyone, including the religious elites condemned by Jesus, believes they are right, and that sanctimonious feeling can be the basis to becoming an evangelist. Recently a friend shared the testimony of Megan Phelps-Roper who was raised in Westboro Baptist Church and joined in their protests as a child. It was through conversation with the “other side” that she realized her spirit was wrong and repented. 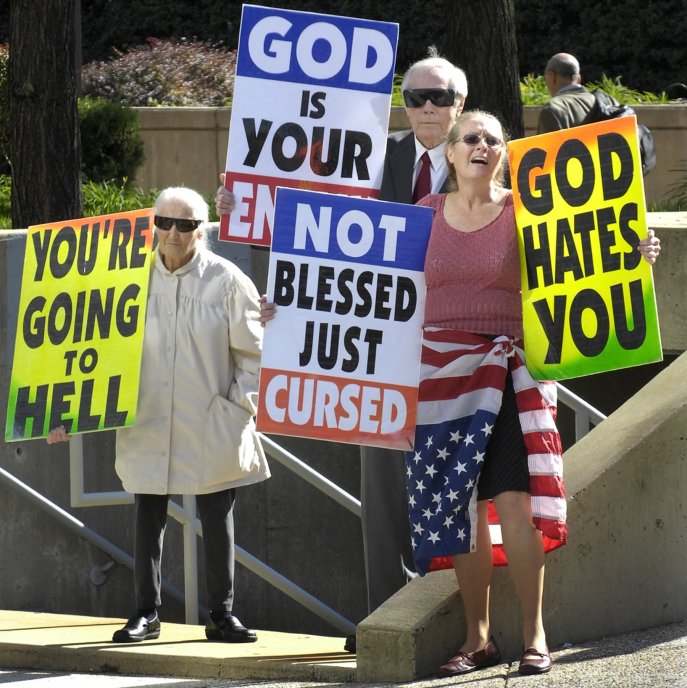 Unfortunately, there are many who never do get knocked off their pedestal, never do humble themselves in the light of God’s grace, and do damage to the cause of Christ. They position themselves as the final arbiters of truth, as gatekeepers to the kingdom with the licence to shut people out, and the words of Jesus apply to them just as much as they did to the religious elites in the original audience.

Knowledge can become a barrier to truth when it leads to dead religion rather than following in faith.

We shut people off from the truth when we center our faith on our own religious “knowledge” rather than on the grace of our Lord Jesus Christ. These “all or nothing,” black-and-white propositions are a distraction from the substance of Christian faith. Obsession on theological minutia causes confusion rather than bringing clarity, and our additional requirements take away from the simple truth of the Gospel message:

If you declare with your mouth, “Jesus is Lord,” and believe in your heart that God raised him from the dead, you will be saved. For it is with your heart that you believe and are justified, and it is with your mouth that you profess your faith and are saved. As Scripture says, “Anyone who believes in him will never be put to shame.” For there is no difference between Jew and Gentile—the same Lord is Lord of all and richly blesses all who call on him, for, “Everyone who calls on the name of the Lord will be saved.” (Romans 10:9‭-‬13)

We should remember what Jesus said to his disciples when they took issue with someone speaking in the power of Jesus name outside their exclusive club:

“Master,” said John, “we saw someone driving out demons in your name and we tried to stop him, because he is not one of us.” “Do not stop him,” Jesus said, “for whoever is not against you is for you.” (Luke 9:49‭-‬50)

It should be noted that in the verse just prior to this, the disciples were having an argument over who amongst them would be greatest. Jesus answers them by bringing a child beside him and declaring that whoever would be most welcoming to that child in his name would be greatest. I’m guessing that child wasn’t 100% theologically correct.

We should serve others in truth of self-sacrificial love and in humility rather than in superiority of knowledge.

There are many who go out in the strength of their own knowledge. They never do comprehend the significance of God’s grace, and are blind though they think they see:

We know that “We all possess knowledge.” But knowledge puffs up while love builds up. Those who think they know something do not yet know as they ought to know. But whoever loves God is known by God. (1 Corinthians 8:1b‭-‬3)

Some say it is the thought that counts.

It is also said that the road to hell is paved with good intentions.

But before we say or think too much, we should take heed of what Jesus said and consider it a warning against an idea that our salvation comes from our religious diligence or right ideas. Instead we must be an example of the grace shown to us while we were yet dead in our sins.

We need to hold the door open for those wishing to enter and lower the threshold, rather than trip them up with our own pet doctrines.

We are not called to be gatekeeper; instead, we are called to serve in love and humility.

Let’s let God be the final arbiter of truth.